Show all categories Promotional products Back

Promotional products printed by the importer and manufacturer

We, at REFLECTS®, love promotional products. Why else would we deal with them every day? In spite of them sometimes being rather small and often possibly being overlooked, they can make the difference in a campaign.

But why has the convincing effect of promotional products been underestimated for a long time?

There were a few reasons for this. On the one hand, the marketing of promotional products was not taken as a serious discipline in the past. On the other hand, there has so far not been any reliable data about their effect until now. In particular in recent years, dozens of studies on this were made. They strikingly prove how effective haptic communication aids work. 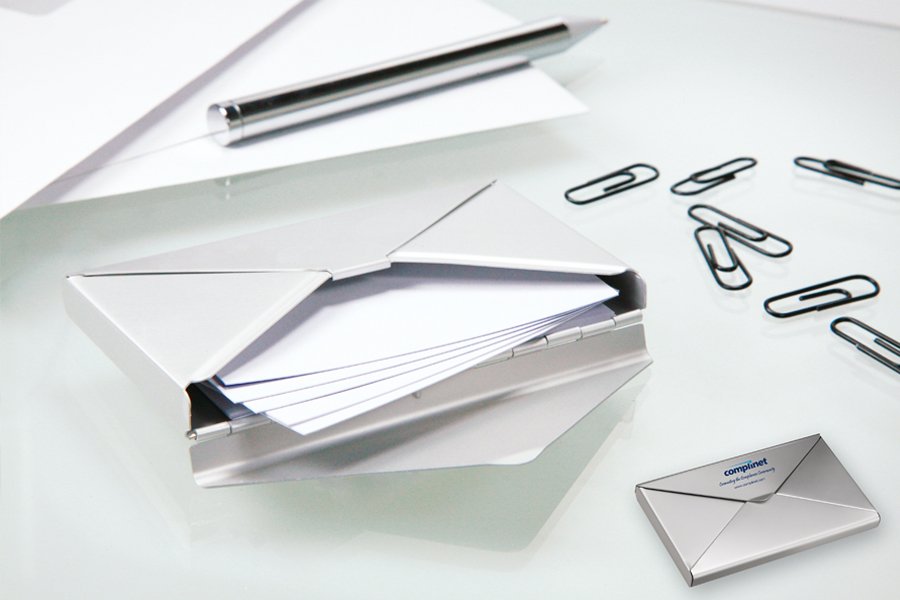 Promotional products are products that touch. In every respect.

But what exactly makes promotional products so effective? It is an interplay made of three components:

All a question of the definition: What are promotional products? 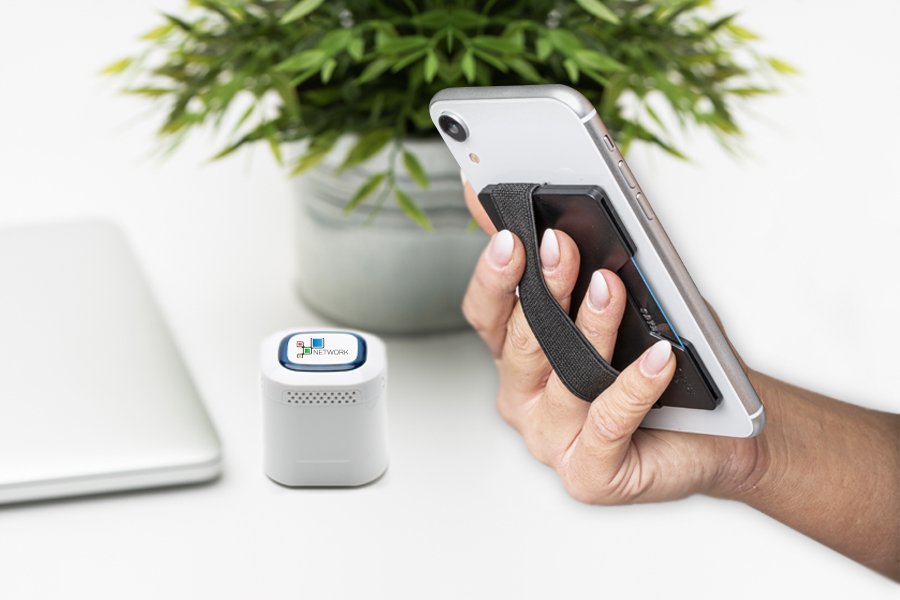 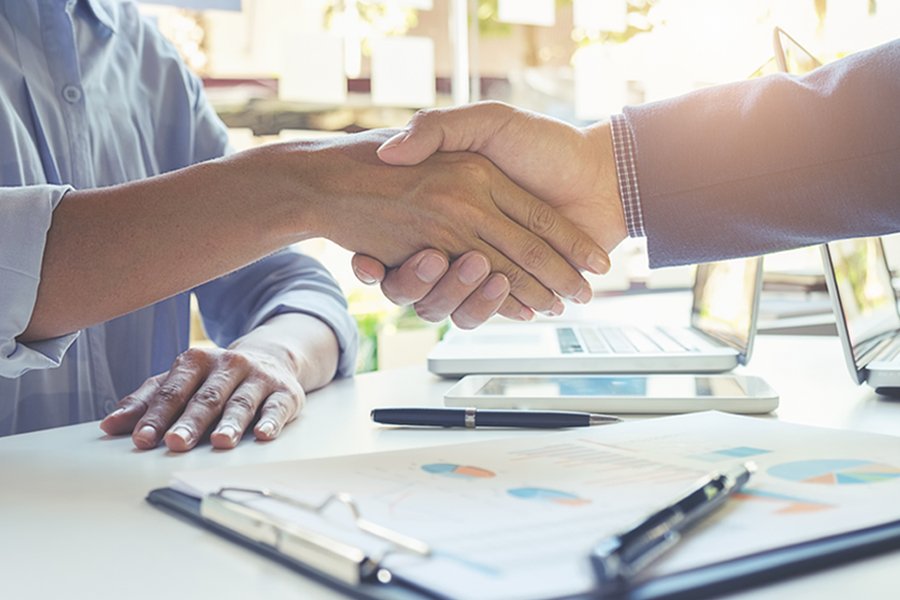 This also brings us to the topic: Positive emotions. How important these are and how they can influence purchasing decisions has been a long-known fact among marketing experts. As early as in 1992, the psychologist Daniel Kahneman received the Noble Prize for proving that we make the majority of our decisions unconsciously.

And the effect of promotional products starts precisely here. Due to a well-planned, emotionally charged transfer situation and a high practical use of the article as well as the long time spent with the relevant target group, they create a positive basic mood in addition to a long-lasting promotional recall. And precisely this makes the promotional product so indispensable in modern marketing.

But promotional products have even more to them. They strengthen e.g. customer relationships and support purchasing decisions. They can be used for external and internal communication and have points of contact with the most varied departments such as sales or event and dialogue marketing. Classically, promotional products are used as a gifts or premiums for customers or employees. They are even used for promotional campaigns, as on-packs, sales aids, mailing enhancers or purchasable merchandise products. 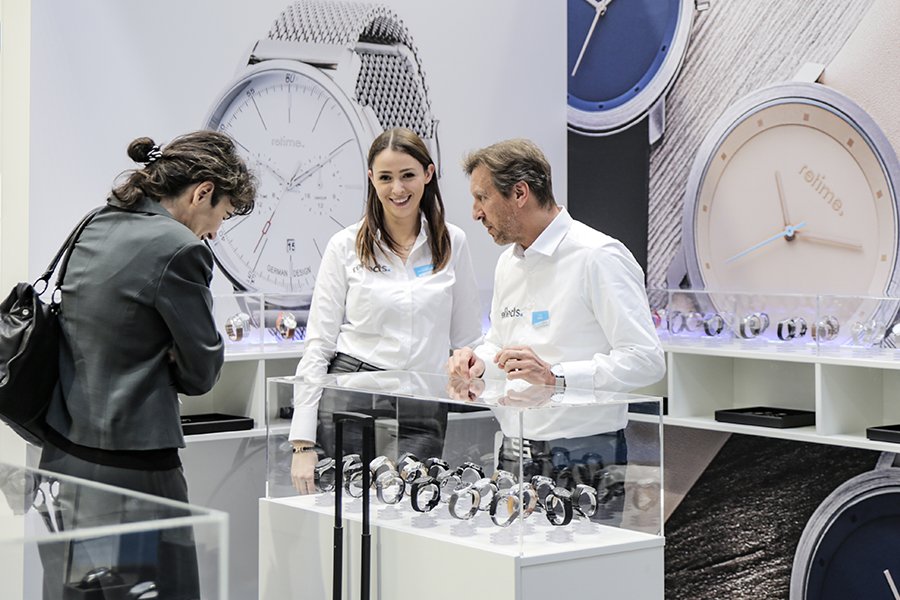 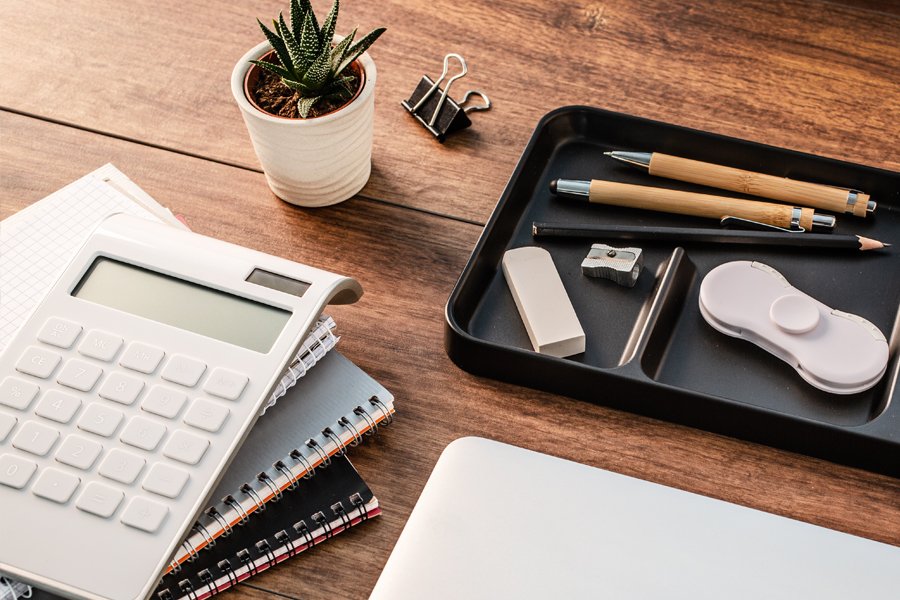 Abstract messages are received through haptic promotional media using a further sensory channel. This increases the advertising effect. Form, function and surface appeal to the tactile sense of the recipient of the message and influence its perception. Finally, information can be anchored in the long term (described by Olaf Hartmann – “Touch- der Haptik-Effekt im multisensorischen Marketing” – appears in Haufe-Lexware 2014).

A look back:
The history of the promotional product market.

The promotional product ultimately celebrated its breakthrough as a recognised promotional medium in the 60s of the 20th century. After the 2nd world war, the economy flourished throughout the world once again. And this meant there were innumerable spaces for advertising. This also included the currently much sought-after promotional products.

At this time, the term promotional gift was also coined. However, it is no longer used, it classifies the promotional product more as a corrupt ally. The rehabilitation followed promptly at the start of the 60s and namely with the introduction of tax deductibility up to a value of 100 D-Mark. A clear limit was thereby set.

3.5 billion Euro for promotional products with an upward trend.

Since the middle of the last century, something happened. The promotional products market of today no longer has much in common with the humble beginnings after the war. It is now a fiercely competitive and certainly lucrative industry. Every year there is a turnover of billions of euros, in Germany it was more than 3.5 billion in 2018. And in the Federal Republic alone, there are around 60,000 people working in the promotional material market.

Compared this with: According to official figures, there is a turnover of more than 22 billion USD in the USA in the often underestimated industry, of more than 250,000 people. The situation is similar in all other industrial countries around the world.

In short: Promotional products have become well-established. For a few years now, they have been celebrating an impressive triumph within marketing communication. Experts estimate that each day in Germany alone more than 4000 specialised traders and agencies work in marketing. Traders, manufacturers and importers meet in Düsseldorf every January for the PSI, the leading trade fair in Europe and exchange views on current trends and new product ideas. 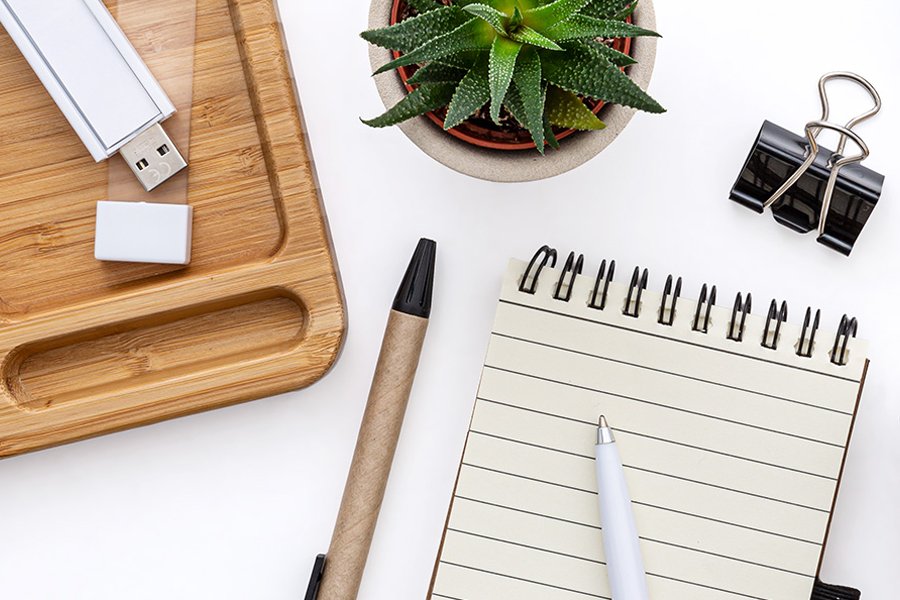 Handy, helpful or eye-catcher:
What promotional products are available and which are the most loved?

Promotional products are products which fulfil a practical use, in daily life, in leisure time or at work. They are also provided with an advertising message. If you look at the popularity of different promotional products, there have been different rankings for years which change only slightly. Nevertheless,completely new products always make it into the top 10 and namely when there are new innovations in the field of technology. Current example: wireless charging. These products did not exist years ago. And naturally they were not part of the rankings of the most popular promotional products.

And now guess which products currently make up the top of the most popular promotional products? We’ll tell you: For years, it was writing instruments, followed by T-shirts, calendars and notebooks, cloth bags, desk stationary, USB sticks, cups, textiles, caps and products related to health.

Experts call products such as writing instruments, caps and textiles evergreens. They are generally “familiar” products. This means that they are known and are usually expected by the target groups. Otherwise, the ranking is subject to strong influences, comparable with fashion. These influences lead to shifts in the Top 10 year on year.

View all articles in our shop

At a closer look, promotional products turn out to be real all-rounders.

On the one hand, they provide smaller companies, who do not have large communication budgets, with a very attractively priced and flexible kind of marketing communication. On the other hand, larger companies can cleverly integrate them into their communication or campaign mix, an excellent opportunity to for example strengthen the effect and scope of promotional measures.

Whatever way you want to bring a promotional product to the attention of the relevant target group: The transfer situation and the experience associated with it are the central importance. Not least because due to its use properties, a promotional product is predestined for its message to remain in the mind for a long time. And this recall can be extended even further. Namely when the transfer is carried out professional and emotionally. 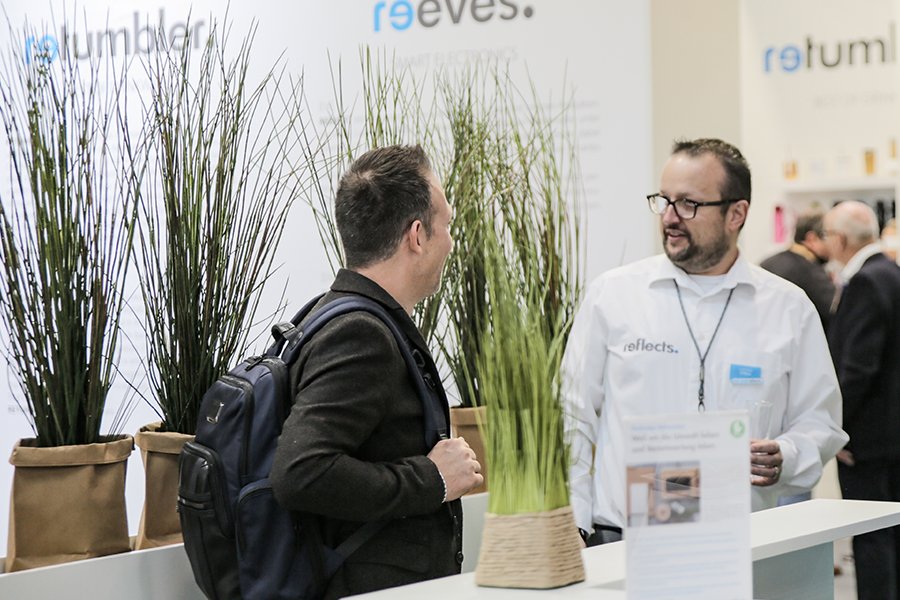 Promotional products are very well suited to a personal handover. Here are some possible occasions in overview: 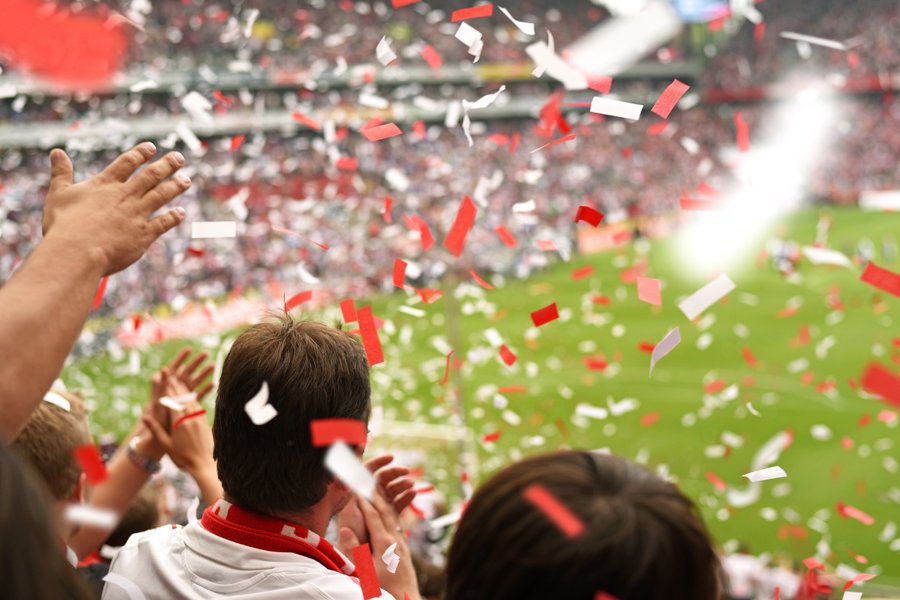 Delivering goods to men - and women:
Merchandising and promotional products.

The mixture makes it:
The effect of promotional products in the marketing mix.

The classical marketing mix always deals with different aspects - products, communication, price and distribution. The optimal mix often helps products and service to achieve the desired sales figures. The promotional product can take on a useful and value-adding role here when it is seriously considered and optimally used. Starting points are for example cleverly linked advertising or promotion campaigns. Some examples of this: 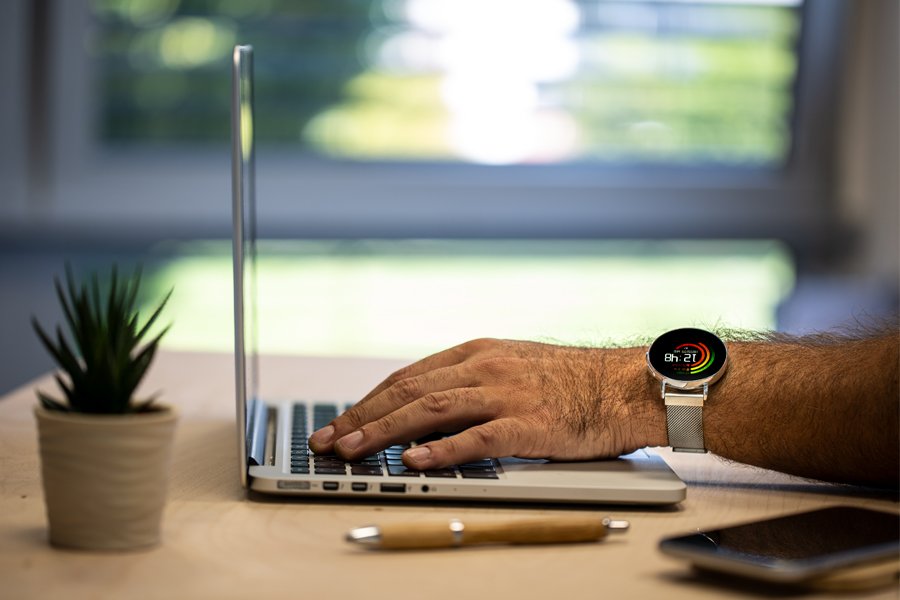 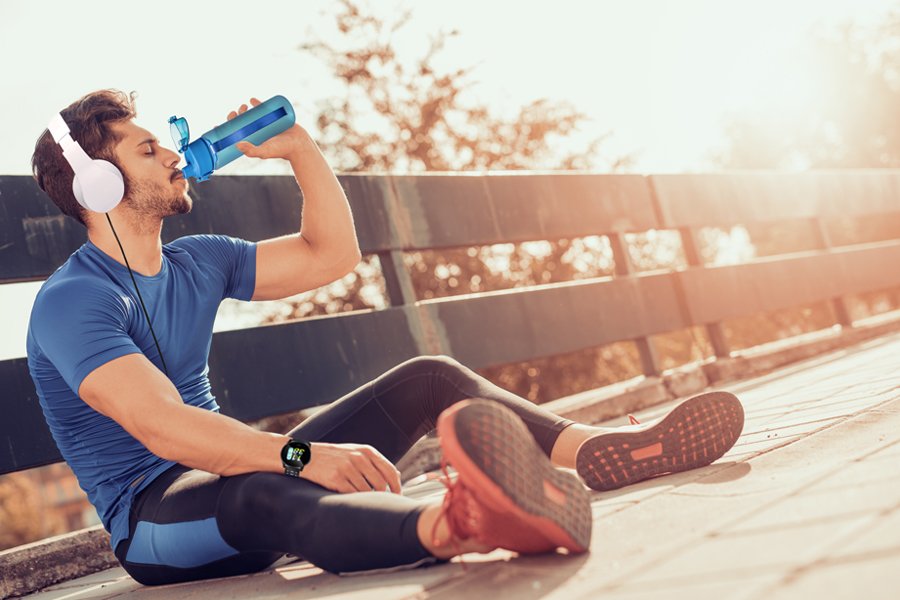 The proof of the pudding is in the eating:
Which secured information is given about promotional products?

For years, there have been different national and international studies on promotional products. The Gesamtverband der Werbeartikelwirtschaft [German Promotional Product Association, GWW] in Frechen near Cologne has carried out a market research study since 2011 which is published every three years. The main findings are:

Tips for the right use of promotional products:

When it concerns the right approach to promotional products, a saying may be helpful: “The bait has to appeal to the fish, not the angler”. This means that: You should always ensure even with promotional products that the product fits the target group.

The promotional product must consistently be of high quality. Lower qualities take away from the overall impact of your advertising message.

Only high quality customization with your corporate design makes high-value haptic promotional material from a product. Ensure during production that the corporate design, in particular the colours, are reproduced as realistically as possible. The challenge is often the correct colour. Since promotional products often consist of different materials, printed colours always behave differently. An outturn sample is recommended in most cases.

You should consider this as carefully as possible. On the one hand, the action of the transfer is particularly important: Great packaging can significantly increase the emotions and therefore the effect. On the other hand, we live in a time where packaging should look more precise. Less is often more. If you transport promotional products, e.g. directly to the POS, you should ensure for practical reasons alone that there is as little packaging waste as possible. But the promotional products industry is also adapting more and more to avoid packaging waste. Consider: Emotional transfer, optimal protection of the product, avoidance of packaging waste.

Many customers  disregard the delivery times of a promotional product project. Just the selection of the right product, possibly in combination with a visualisation or a printed sample means an order can already take quite some time. Special custom-made products, which are possibly produced in Asia, require a period of time that is not to be underestimated. Tip below: Deal with your haptic promotional products in good time. 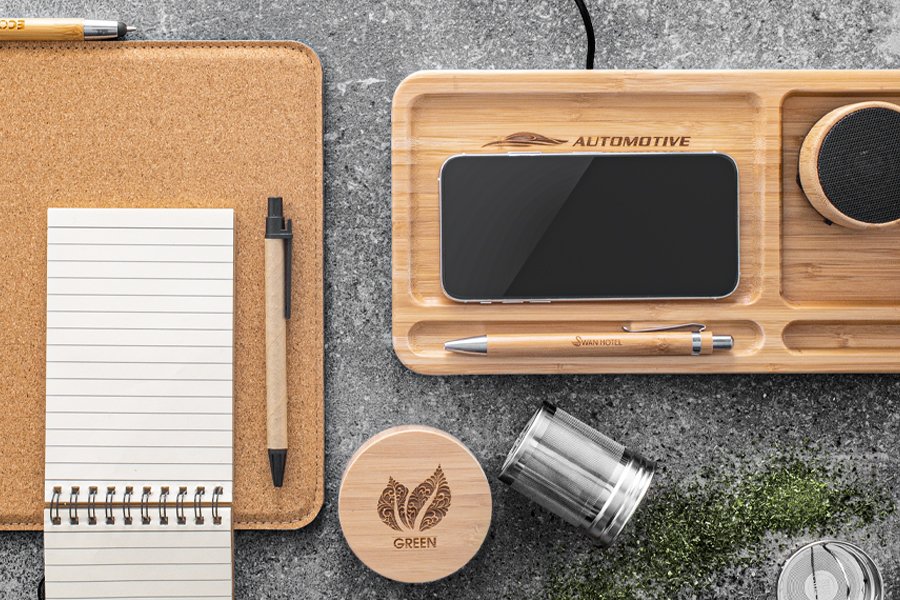 Topic no. 1: Sustainability in the promotional products industry.

We use cookies and similar technologies to analyse the performance of our website. By doing so, we attempt to track how customers use our website so that we can identify and carry out improvements. We do not use cookies or similar tools to display personalized advertisements.